Find a Better Way – A Call to All Professionals 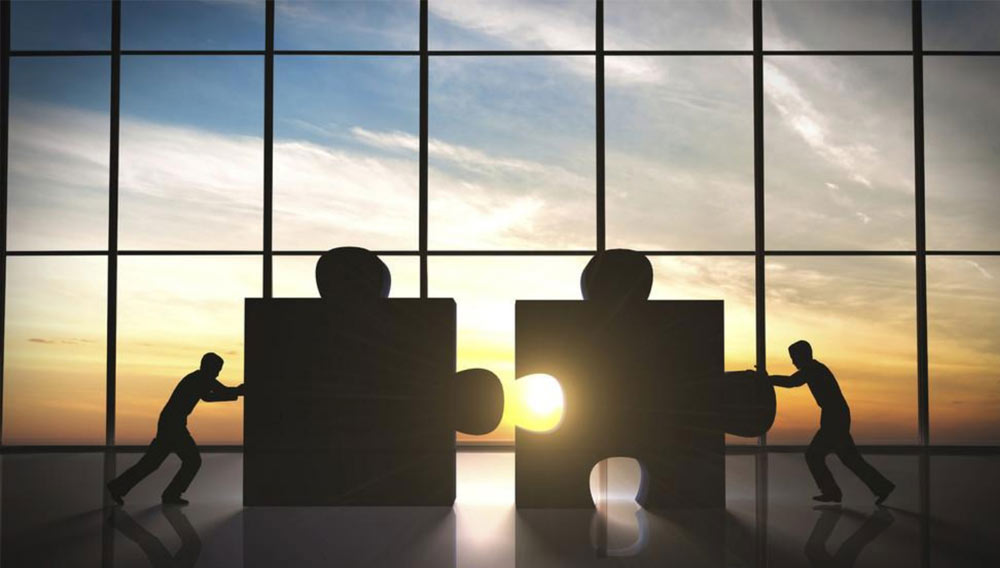 A few weeks ago, my wife and I had the great joy and privilege of attending our daughter’s graduation ceremony at the University of Illinois. The commencement speaker was a gentleman whose name I never had heard before but will soon never forget. Rather than sitting through the drone of yet another forgettable graduation speech, my wife and I and thousands of other parents and guests were treated, actually honored, to listen to what was perhaps the most inspiring and relevant speeches that I have heard in my lifetime. His message not only was important for the graduating student body to hear – it was important for everybody to hear.

The speaker, Jeff Huber, a former graduate of the same alma mater, and an entrepreneur who has held distinguished positions at EBay and Google, delivered a speech whose title I have taken the liberty to borrow for this piece. In his address, Mr. Huber implored the young graduates to take their knowledge, skills, motivations and desires to effect real change in the world. He spoke about the mandate to improve society by pursuing innovation. A video and text of his remarks can be found by searching online and are well worth your time.

His message has been churning in my mind since that day, as it has helped me to collect my thoughts about our roles as professionals. Specifically, I speak about the professions with which I am most familiar, psychology and law. However, I believe that this applies more generally, to all of the professions. I share those thoughts with you now.

Innovation in the professions isn’t optional– it’s absolutely crucial. Yet, fostering advancement is exceptionally challenging for many reasons. There is a natural human resistance to change… ask any parent who has raised a child. Perhaps resistance to change is an evolutionary trait designed to maintain the stability of the organism. Or maybe it is simply a tendency to gravitate towards laziness. We all learned in high school physics class the principle that a body in motion tends to stay in motion while a body at rest tends to eat donuts and play video games. Certainly, for us adult humans, there is a definite response cost to altering our behavior since it requires the expenditure of energy, a shift in concentration and attention, a willingness to face unpredictability, and the engagement in new learning activities.

Maintaining the status quo in a profession reflects not only a loss of inertia, but more fatefully, it marks it for death. Just like in nature, a pond without the flow of fresh, running water leads to stagnation. Without an influx of fresh ideas and outside-of-the-box thinking in the profession, our work and the value that we can offer society will morph into something merely passé and inconsequential.

Anyone actually willing to spearhead change, to lead the way to introduce a new idea, method, product, or service must be willing to face resistance, resentment, passive aggressive behaviors, and sometimes even outright active hostility by supporters of the status quo. One must remain resilient in one’s beliefs and drive to foster needed change and innovation. As professionals providing services to the public, this includes improving quality, outcomes, client satisfaction, value-to-cost ratio, and efficiencies, among others.

During my earlier days in business consulting, I recall a tale shared by a motivational speaker. The gentleman related a unique behavior observed by lobster fisherman. He described that lobster traps must remain closed with their lids securely fastened if there are only a couple of lobster inside. However, add a third lobster and a fascinating phenomenon occurs… the lid can be removed without fear of the animals escaping. Why? Because when one of the three tries leaving the enclosure, the other two will pull him back inside, intent that they all stick together and suffer the same consequence. I don’t know if this truly is how lobsters behave, but the message gleaned is a telling one. The escape to freedom is sometimes hindered most by our fellow inmates.

I have had the great fortune of meeting some extraordinarily successful entrepreneurial business leaders and learned from them a mantra to which many subscribed. “To become successful, observe the masses… and then do the opposite!” Resistance and push-back sometimes comes from the places that you would least expect it. It can come from your colleagues or supervisors. It even can come from the so-called “leaders” in your field, individuals who, although held in high regard, are short-sighted, are locked into antiquated ways of thinking (dinosaurs, as my now retired professor friend once called them,) or who lack incentive due to self-interests such as money, power or control.

A good friend of mine, a recently retired executive at an aerospace firm, told me about his experiences as a young engineer when he advocated transforming one of the company’s product lines towards use of what was then this new idea called digital technology. He was shunned and threatened by his colleagues and superiors for upsetting the proverbial apple cart, for daring to suggest that there was a better way ahead. Believing in himself and his mission, he independently developed a modernized version of one of their devices and created an opportunity for the company to sell this new prototype to a customer. After ten years of advocating for and demonstrating the value of upgrading their products, his ideas finally were fully embraced his superiors – ideas that since have become the standard technology now used in his field.

Looking back 30 years in my own psychology career, I often have gravitated towards innovation. This probably is a residual effect of my engineer father constantly tinkering in his garage workshop when I was a child, building strange machines. Like an electronic “eye” that automatically opened our garage door when his car approached (oops, the first version also opened the door for strangers!) or an “electronic slide rule” (think: electronic calculator).

Whether in the area of clinical treatment, forensic assessment, or organizational development, I’ve always believed that since problems continued to exist in every area of my selected profession, and in society at large, opportunities therefore abound to provide solutions. That fix might not always be perfect, or for that matter, even effective. Indeed, some of my ideas have succeeded while others dramatically have not.

Any professional, someone just starting out in a career or someone like me who has been around a while, can adopt an entrepreneurial spirit. It starts with you. To paraphrase Woody Allen, “The key to success is simply showing up!”

Find a small core group of like-minded individuals who also want to change the world for the better. Find key advocates in the field in which you want to introduce reform — persons who support a culture of innovation. Be relentless. Winston Churchill was once famously quoted as saying, “Never, never, never give up!”

Working past the fear of being possibly ostracized is simply a part of the personal growth process, and the energizing spirit of being an entrepreneur and change agent. Expect low points and high points, setbacks and times of elation. It’s all part of that same process.

This is a Call to Action to make a difference in your profession and in the world. It’s about professional evolution and revolution. I encourage you to think about and to heed these suggestions for they will produce for you immeasurable benefits. Not just for you personally or for your profession specifically, but for society at large. On the other hand, dismissing these ideas and negating these opportunities may risk the future relevance and the necessary development of your profession. After all, who wants to become a permanent resident of Jurassic Park?